Test automation is becoming more important than ever, as companies seek to get to market faster and better serve their customers. Without properly conducting software tests, companies may lose money, clientele, and reputation. For large enterprises, infrastructure failures could add up to nearly $140,000 per hour on the low end and $540,000 per hour on the high end. In sectors like finance, the average cost of a failure is $5m per hour.

Automated Software helps prevent these problems from occurring while saving the company time and money, and 2022 has proved to be an important year for ten interesting trends.

In the year 2022, we predict that AI-powered test automation will dominate the testing industry. By using machine learning and AI, companies can automate more of their manual testing as the AI model can find patterns in data that a human might miss. As a result, AI-powered testing will save companies time and money since tests can be replicated over and over with zero additional cost. According to the World Quality Report, AI Testing could reduce QA costs from accounting 28% of IT Budgets to single digits. It will also likely catch more errors and bugs than manual testing. 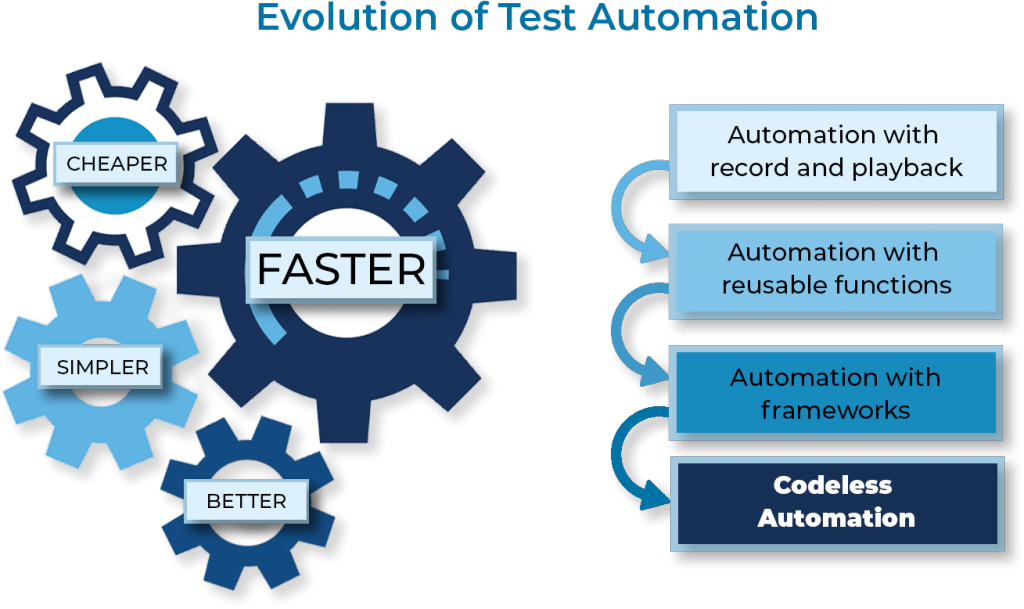 The second trend we see likely to occur in 2022 is the evolution of codeless testing being used in automation testing. Based on market research conducted by Future Market Insights (FMI), the demand for codeless testing could increase at a 15.5% CAGR between the years 2021 and 2031. The benefits of codeless testing means that workers with near zero coding knowledge can still run test cases effectively without writing new scripts. It also means that workers can save time spent constantly writing scripts for a test and use that time on different types of projects.

With the widespread usage of mobile phones, we see the use of automation testing for mobile apps and web pages to continue to rise in 2022. As a result, it’s important that these mobile apps and webpages are working properly. But conducting these tests manually is time consuming and costly. Conducting automated tests is important because companies want to get their apps to market faster in an intensively competitive market. According to Market Research Future, the “Global Mobile Application Testing Services” market generated nearly $3.2 Billion in 2018 and is expected to reach $13.58 Billion by 2026, a CAGR of 20.3%. By utilizing automated mobile testing, companies can increase testing efficiency, shorten product delivery time, and improve customer satisfaction.

Customer expectations today are very high. Many companies are competing for customers’ attention and money. This means that companies need to ensure that their products are working perfectly. Non-functional testing is important because it includes things like performance testing, stress testing and scalability. If the company is unable to handle these types of issues, the customer will not be satisfied by their experience and could lead to negative impact on the company. 3QI Labs helps companies address these issues and have their end-users have a great experience.

As companies continue to do everything online and in the cloud, it is imperative that they do their due diligence in preventing private data from leaking to outside sources. Cybercrime has been an ever increasing way for criminals to get their hands on private information and funds and that has only increased since the start of COVID-19. Nearly 74% of Financial Institutions have experienced a rise in cybercrime over the last 12 months and many of these institutions have claimed that budget cuts due to COVID-19 and remote work likely led to the rise. We believe that the use of automated software testing could help companies perform security tests constantly and allow companies to conduct these tests.

One of the biggest trends we see in the automation testing market is the idea of Hyper-automation. The term “Hyper-automation” was officially coined back in 2020 and has since gained traction. Hyper-automation is the practice of using advanced technologies such as artificial intelligence (AI) and machine learning (ML) to automate processes and augment humans. Today, hyper-automation utilizes a blend of tools such as “robotic process automation (RPA), intelligent business management software (iBPMS), and AI.” The benefits of hyper-automation allows for companies to have flexible, scalable and faster product development. 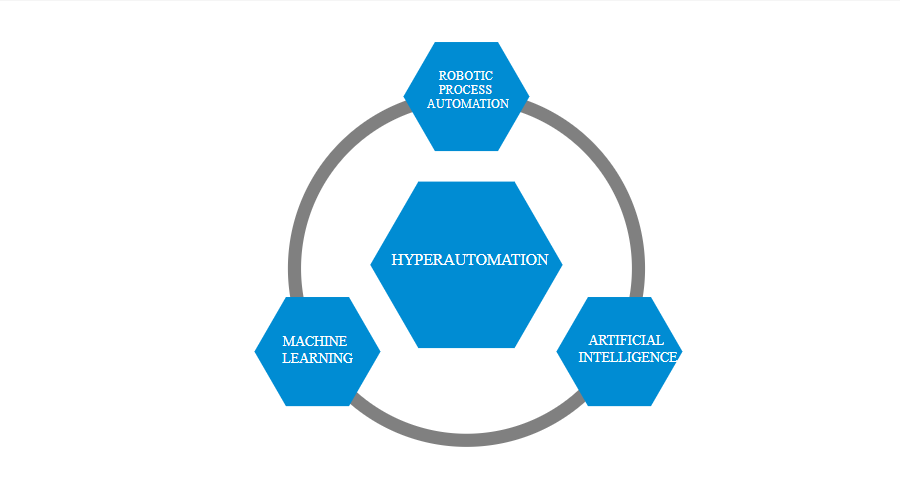 Test automation tools like Selenium have become very popular over the last few years. Selenium allows testers to do playbacks for functional tests without having to know a test scripting language. These tools make it easier for QA teams to effectively test their products and services quickly. It’s important that these tools are integrated through your Software development life cycle (SDLC) so that testers can catch bugs and vulnerabilities as quickly as possible.

Many users use different browsers like Safari, Chrome, and Internet Explorer. To ensure that services are performing up to par, testers need to accommodate different browsers. Rather than conducting these manually, these types of tests can be done automatically via Cloud-Based Cross Browser Testing.

Continuous Integration/Continuous Delivery (CI/CD) pipelines are a series of steps used to automate your software delivery process. The pipeline builds code and runs tests (CI), and deploys a new version of the application in a secure manner (CD). CI/CD pipelines have become more popular because they allow organizations to reduce costs, easily keep up with maintenance, allow for better test reliability, and result in faster releases. By conducting automated testing for CI/CD pipelines, teams can catch errors faster and get to market more quickly.

These ten trends will be increasingly important in 2022 and beyond. It’s important for all future-looking enterprises to prepare by investing in quality assurance, especially automated testing. 3QI Labs is a leader in automated testing, and we’ve worked with a number of financial institutions, governments, and other companies to help build up their software testing capabilities and address vulnerabilities.