Knowing when you have enough test automation coverage can be a tough realization. The test engineers we speak with on a day-to-day basis seem to be constantly grappling with these questions:

The answer differs from every team, to every project, to every organization, but should always be derived from a clear, continuous, communication between Dev, Biz Dev, QA, and Management about the size, scope, time-frame, budget, and end-user experience.

This sounds like a straight forward challenge, but proves time and time again to be a real sore point in the testing process, whether manual or automated. Whatever the cause of this eternal struggle to keep a clear line of communication between testers and the rest of the development proces, there are things you can do about it.

Have regular meetings between everyone involved to discuss the important details about the project. For example, if there is a big new feature scheduled for release that needs automation built up for it but the testers are not told about it until the last minute. Producing a solid automated test for that feature is going to be very difficult to do with a constrained timeframe. Now, multiply that scenario by 100 features/releases and you can see how the lack of clear communication can quickly turn into a production nightmare.

Lets face it. Test Automation is a technical skill. It takes someone with a technical mind to properly build, maintain, and understand the reporting of test automation. Developers can manage but they aren’t seasoned testers just as testers can’t write simple programs but aren’t really developers. Keep this in mind when you consider how to utilize your companies resources with the automation process. More times than not, you might find yourself asking the question, “Do I need to hire an automation specialist for this project?”

The truth of today’s modern cloud-based applications is that testing can go on forever. Even if development on the initial application ceases updates to underlying technologies or to the network or database could and probably will change something. Testing should never really be thought of something that will end. Think it it more like eating. You might be full now but dinner is right around the corner. You’re always going to have to eat.

Continuous Migration or Refactoring code might sound like a ton of extra up front work. However, it will end up saving your testing team countless hours when new test cases need to be drafted on a moments notice; if the coded has been migrated to a central utility file it can then be called in a single line in the test script. A test case might lend up looking as simple as

Not taking the time to seek out and script for tougher bugs can defeat the whole purpose of testing your software in the first place but taking too long to test can really slow down today’s face paced development cycles. It will likely come down to a balancing act between scripting for difficult features or extending coverage. Be prepared to budget the time spent on test automation accordingly. 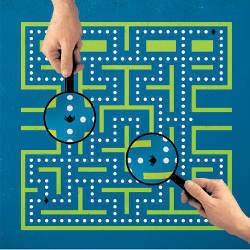