When manual testing becomes cumbersome, the need to switch to automating your test cases becomes clear. A more robust and efficient way of testing an application, we can also include screenshots of the application while automating, which can be used for future reference and validation. Evolution of the traditional and the creation of modern businesses across different industries (such as Entertainment, Travel, Banking, Food, etc.) has led to an increase in the development of mobile applications. Consumers are increasingly relying on mobile devices to access the internet. The need for test automation is rapidly increasing with advancements/modifications made to an ever-increasing number of mobile applications and the need to ensure the applications work as desired on different devices.

Mobile automation testing uses a pyramid approach as suggested by Mike Cohn. It is not realistic to use the same approach for all of the applications. You can tweak the pyramid according to your requirements and the way the application is designed. Below is one approach that might work for some of your mobile applications. 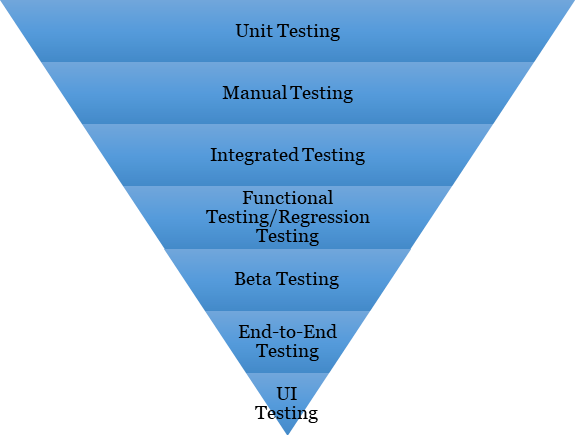 Unit testing is testing a single unit/component individually, it is at the top of the pyramid. Unit testing is usually conducted by the developers immediately after a module is developed. Any bug in the system can be identified instantly which in turn also reduces costs. For example, a bug identified during the functional or performance testing phase can incur higher costs rather than the bugs identified at an earlier phase like Unit testing. The time it takes to identify and fix the defects at a later stage will be high and the impact it might have on the other modules could potentially crash the mobile app itself.

Manual testing plays a vital role in mobile automation testing. Manual testing helps to understand exactly the interaction of the customer with the mobile application. Every aspect of the application can be keenly observed in manual testing. From holding the phone to downloading the app, accessing the app to using the app for an extended length of time, all the actions can be anticipated from a user’s side and tested.

Integration testing is used to test all the individual units and ensure that they are working collectively as a whole. Any defect during the interaction between the units is revealed during this testing. For instance, the components of a mobile device are manufactured independently and are tested individually. It is mandated to test the device once all the components are assembled.

Beta testing is a crucial segment of the entire testing process. The application is shared with few users who are going to test the application on their real devices in a real environment. This process will make the development team understand any glitches in the product. The users will be asked to fill out a survey about the product’s usability and their experience using the application which can greatly help in improving the product.

End to End testing is to test the complete functionality of the application. Failure in any one of the units can cause the entire system to fail which can be detected by running end to end tests.

According to the application specifications, you can improvise the steps in the pyramid by adding/eliminating them.

Specifications about the application:

How to run the tests? 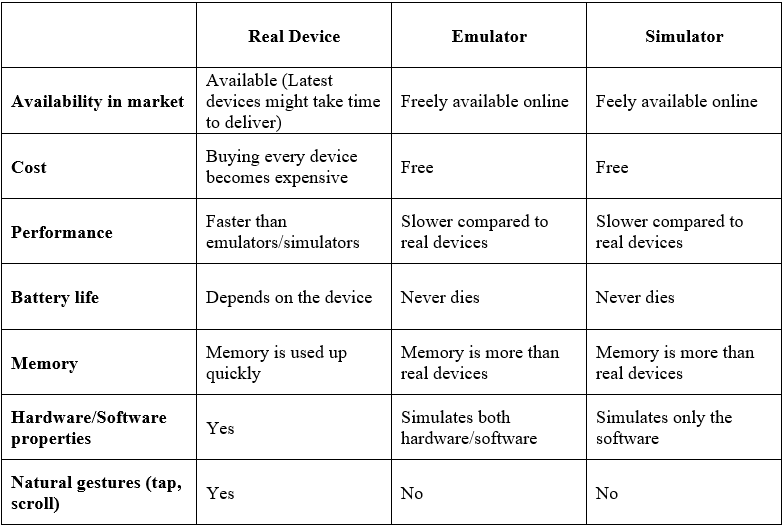 Depending on your requirement and how critical it is to test the application on real devices and virtual devices, one must plan accordingly.