To help with the debugging process, there is a rubygem called pry which lets you enter an interactive debugger at any point in your script

As the mobile application market evolves (and explodes) we have been working hard on expanding Awetest’s Mobile App Testing capabilities and that’s when we discovered Calabash. As documented on the Calabash Github page, Calabash is an automated testing technology for Android and iOS native and hybrid applications.

The creator of Calabash, Karl Krukow, has written a detailed post about the architecture and the relative benefits when compared to other popular Mobile automation tools like Frank, KIF, iCuke, FoneMonkey, etc. Here’s a simple diagram that Karl has on his post that explains the Calabash architecture. 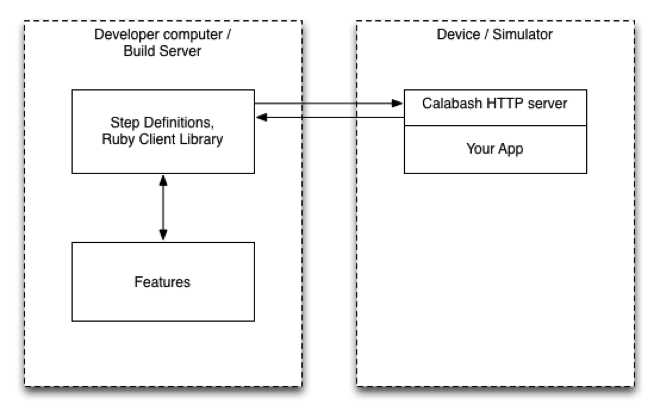 At 3Qi Labs, we have been working on extending Awetest’s capabilities to support Mobile App testing constantly evaluating and integrating some of the above mentioned technologies and always on the look out for better and faster ways to help customers facilitate and scale their Mobile Test Automation initiatives. To that end, Calabash was one of the first technologies we decided to support in the Awetest framework for a variety of reasons:

Using Calabash in the Awetest context is very simple and straightforward. You can leverage Awetest to setup your devices/emulators as needed. You can “calabash” your application and deploy it on the emulator or device. After that you simply upload your Cucumber script on Awetest and Awetest will schedule, queue, deliver, execute & report the test results directly into the Awetest application.

Below is a simple diagram that illustrates the Awetest architecture as it is specifically used for Mobile App testing. You can always find more information on our support site. 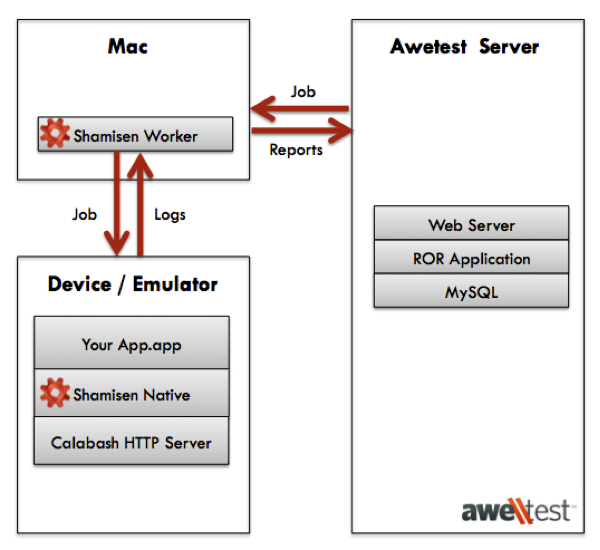