The first phase of our HP ALM Integration is up & running! Mercury (HP since 2006) has been the mainstay for most enterprise QA groups. The HP/Mercury portfolio is large but the core revolves around Quality Center (Rebranded ALM in 2012) and QTP (Quick Test Pro), Test Automation Tool. Most Awetest customers have implemented some sub-set of the HP Test/ALM portfolio and draw significant benefit from and have numerous trained resources in HP tools (not to mention the large multi-million dollar investments that have been made in licenses, implementation & training over the years). Even though Open Source technologies like Watir, Selenium, Cucumber and others are gaining traction, especially as Agile development practices become prevalent in the enterprise, HP still tends to be the centralized system of record for Business Requirements, Test Cases and QA Test Reports which automatically makes HP and HP ALM an important partner for 3Qi Labs.

Last week we quietly launched our our first Awetest-HP ALM integration with the Defects Module in ALM (and we are working on adding support for more ALM modules in the coming months). We did it using the HP ALM Rest API. Since Awetest is almost entirely built in Ruby on Rails, we decided to build a gem (that we will be open sourcing shortly) that allows us to build the hooks directly in Ruby.

Then its Awetest as usual…

Run your cross-browser or mobile automation tests in Awetest. If you encounter an issue (detailed in the Awetest Reports section) – you can directly log a defect from Awetest into ALM without ever leaving Awetest. No client or server side installs, No confidential data stored on our servers, and most importantly – its always in sync with your latest changes in ALM. Our implementation builds the defect forms dynamically so you always have the latest and greatest version of your ALM implementation available to you (an approach we will continue to incorporate as we build out the hooks and integration with other modules) 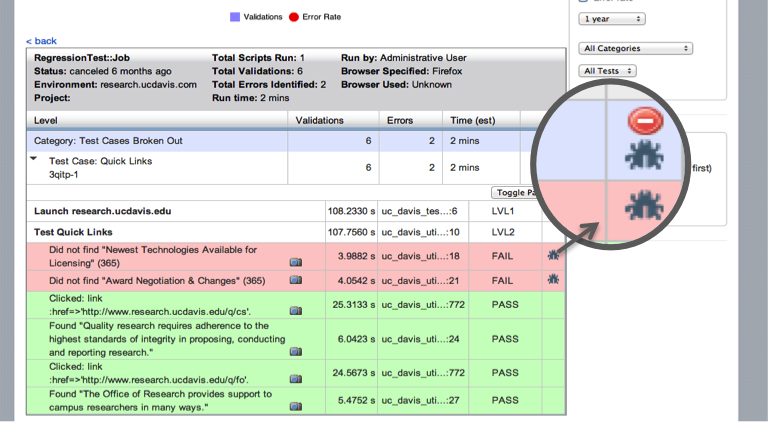 Every Defect on Awetest Reports (for a Project that is setup for HP ALM) will have a defect icon on the page. Clicking the Defect Icon will authenticate you on your ALM instance. 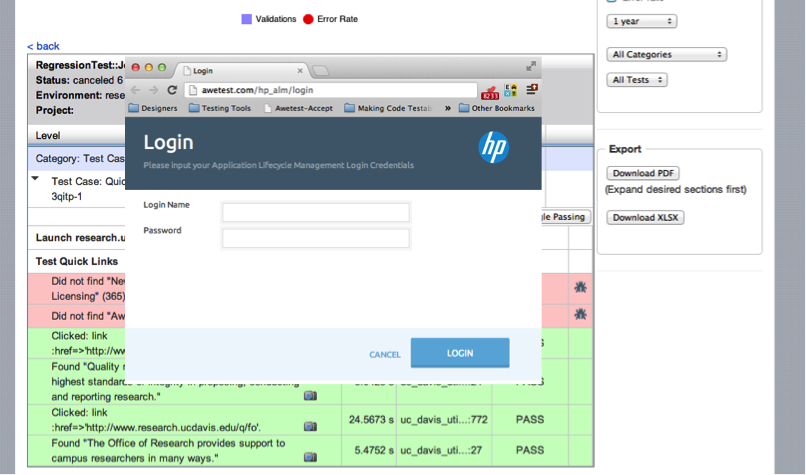 And you’re on your way to logging your defects directly in ALM. It even pre-populates some meta data about the defect (preceding steps in the Report, Awetest Test Case, Time, etc.) and any default values that were defined in ALM. 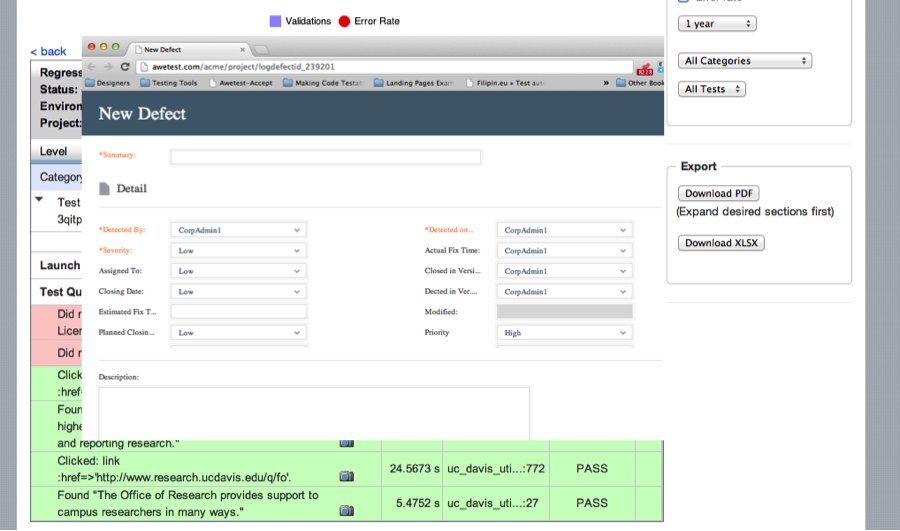 HP’s QTP, QC (and IBM’s Rational to some extent) still rule the roost in the enterprise – which is the bulk of the $30 Billion worldwide software testing market growing to $50 Billion by 2020. This was one of the driving forces behind our decision to embark on a tightly integrated solution. We continue to integrate with other ALM (Application Lifecycle Management) tools like Jira, Rational and others but our core Awetest development is focused around expanding the coverage for cross-browser and cross-platform/device automation.

We’ll keep you posted on other exciting features as we ready the Awetest.com launch in March. Meanwhile, you can sign-up for a Beta Invitation and we’ll notify you as soon as we’re ready…