While there are varying opinions on what types of testing are important, there are many fundamental tests that have to run no matter what type of software you are developing.

Whether you are an engineer yourself or just someone who uses a computer, you understand how important it is that software gets tested.  While there are varying opinions on what types of testing are important, there are many fundamental tests that have to run no matter what type of software you are developing. Within the realm of software testing there are several different types of testing, which can be broadly categorized in two segments: black box testing and white box testing. 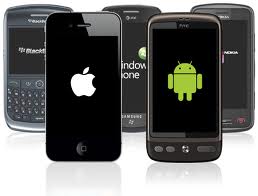 Black box testing is a bit simpler, mainly comprising tests based on requirements and functionality, these tests allow you to determine what operating systems or devices you need to operate the software at an optimal level. White box testing, also known as “glass box testing” delves a bit deeper into the internal logic and functionality of the software’s code. This includes coverage of code statements, branches, paths and conditions. Let’s take a look at a few other types of software testing:

Often called “stress” or “load” testing, this type of test is used to determine whether or not a system meets performance requirements. There are many tools used to simulate several stress factors, such as a large amount of visitors on a site at one moment.

Probably one of the most recognized tests, this is a check of user-friendliness of the software. For example, this type of testing seeks to determine how well the user can understand the program, how the information architecture develops and flows, and whether or not proper help is documented should a user make common mistakes during navigation.  508 compliance and other metrics for those with disabilities should also be included in a strong usability testing regimen.

This set of tests determines the processes needed to install and uninstall a particular software. This includes what processes different operating systems will need, in addition to different hardware devices or software environments. This also includes how upgrades will work once the software is properly installed.

This test determines how well software will perform in a particular hardware, software, operating system or network environment, or any combination of those factors. This could include stress tests and installation tests as with the above.

Alpha testing, usually done at the end of development includes the user environment and any other last minute design changes that need to occur before releasing the application. At that point, beta testing happens for end-users and others. This is the final test before the software goes out for commercial sale.

These are only a few types of testing that must happen in order for a piece of software to properly make it to market. A few others include regression testing, smoke testing, acceptance testing (typically happens right after installation testing), and functional testing. Each type of testing that occurs is very important in ensuring that the software will work for you no matter what operating system, hardware, software, or network you happen to own. As a software engineer, it is critical that you understand all of these types of tests and how they interact with each other so that you will know what to look for and whether errors might occur.

Whether it’s white box testing or black box testing, every piece of code must be thoroughly and strictly tested before we as consumers are able to use it. And with these tests set in place, we are able to be confident in the quality of the purchases we make.